The modern origin of tripels lies in Belgium, in the 1930s. Westmalle released a beer under the name Superbier. It was a strong ale and was very likely based on a beer the monks had been brewing sporadically since 1931. In 1956 they renamed it Tripel, and the popularity of that brand ensured the name is still strongly associated with the Westmalle brewery. In 1956, the recipe was modified by Brother Thomas, the head brewer of Westmalle, by the addition of more hops, and it then took on the name Tripel, and it has remained essentially unchanged since.

Light golden colour with small, but noticeable amount of haze. The head forms quickly and thinckly, leaving a nice lacing on the glass. The aroma dominated by the yeast and coriander, with a nice spicy and lemony smell. Further investigation will lead to the bready malt aroma coming through. The taste is tart and somewhat sweet, with just enough bitterness to balance the beer. A certain warming sensation can be felt in the mouth and throat after swallowing, being the tell only indication to the drinker that of the strength of the beer. 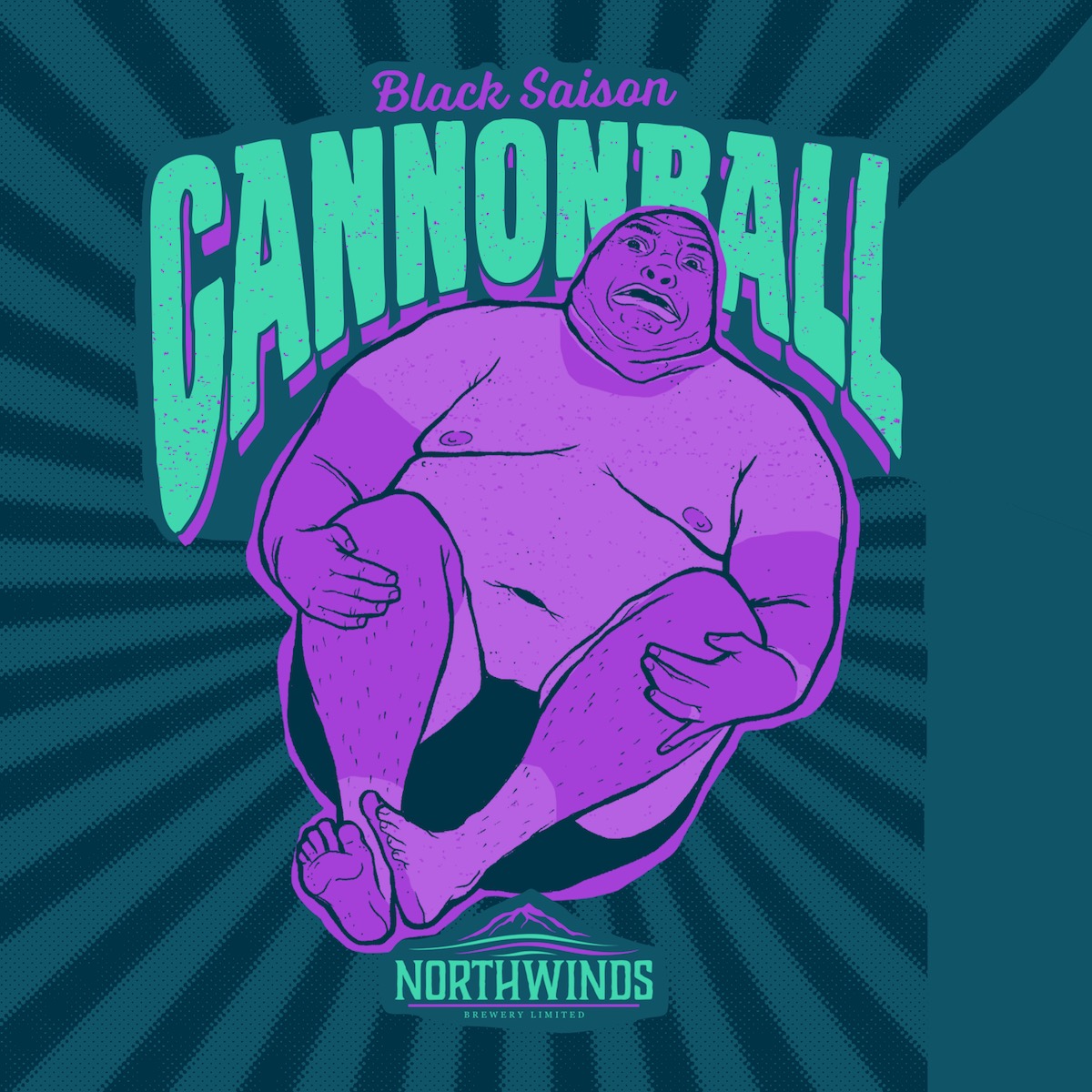 Saison is French for “season” and these pale beers were traditionally brewed in the cooler months and then served throughout the summer to the working class throughout the day. These days in North America saisons have grown to be have more alcohol than those originally brewed in Belgium and why not spin it a different way and add some special de-bittered black malt to make this beer look very deceiving despite keeping it’s integrity as a light bodied, spicy, and fruity ale.

An opaque black beer with a rocky off-white head and an estery aroma, fruit, spice, and a very light note of lightly roasted coffee. The body is very light, spicy, herbal, light fruit, and just a hint of roast in the dry finish of the beer. Delicate and light. 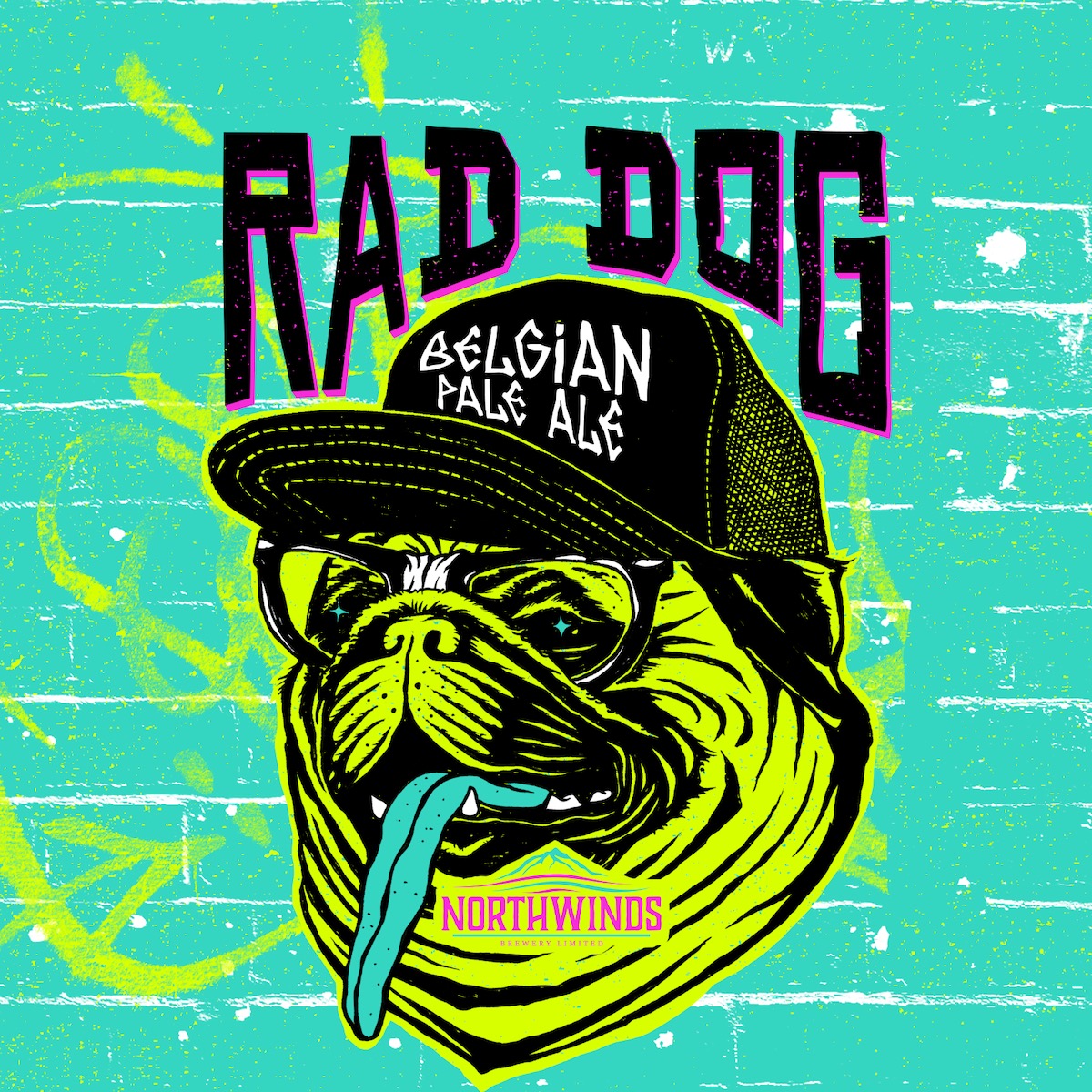 Belgian Pale Ales were Belgium’s answer to the growing popularity of Pilsners spreading throughout Europe. Belgian Pale Ale’s were not traditionally hop forward and more malt and yeast driven. Rad Dog is twisted to be more “Americanized” by creating the beer to be more hop forward in the aroma and flavor, yet still respecting the yeast and malt character of the beer.

A bright golden beer with a tight white head with delicate aromas from the peppery, spicy yeast, a light, honey note, and a dominant aroma of tropical fruits such as mango, pineapple, lychee, and tangerines. The flavour is well balanced with a honey note from the malt, while the aromas continue throughout the body of the beer, leaving a dry finishing. A very inviting beer. 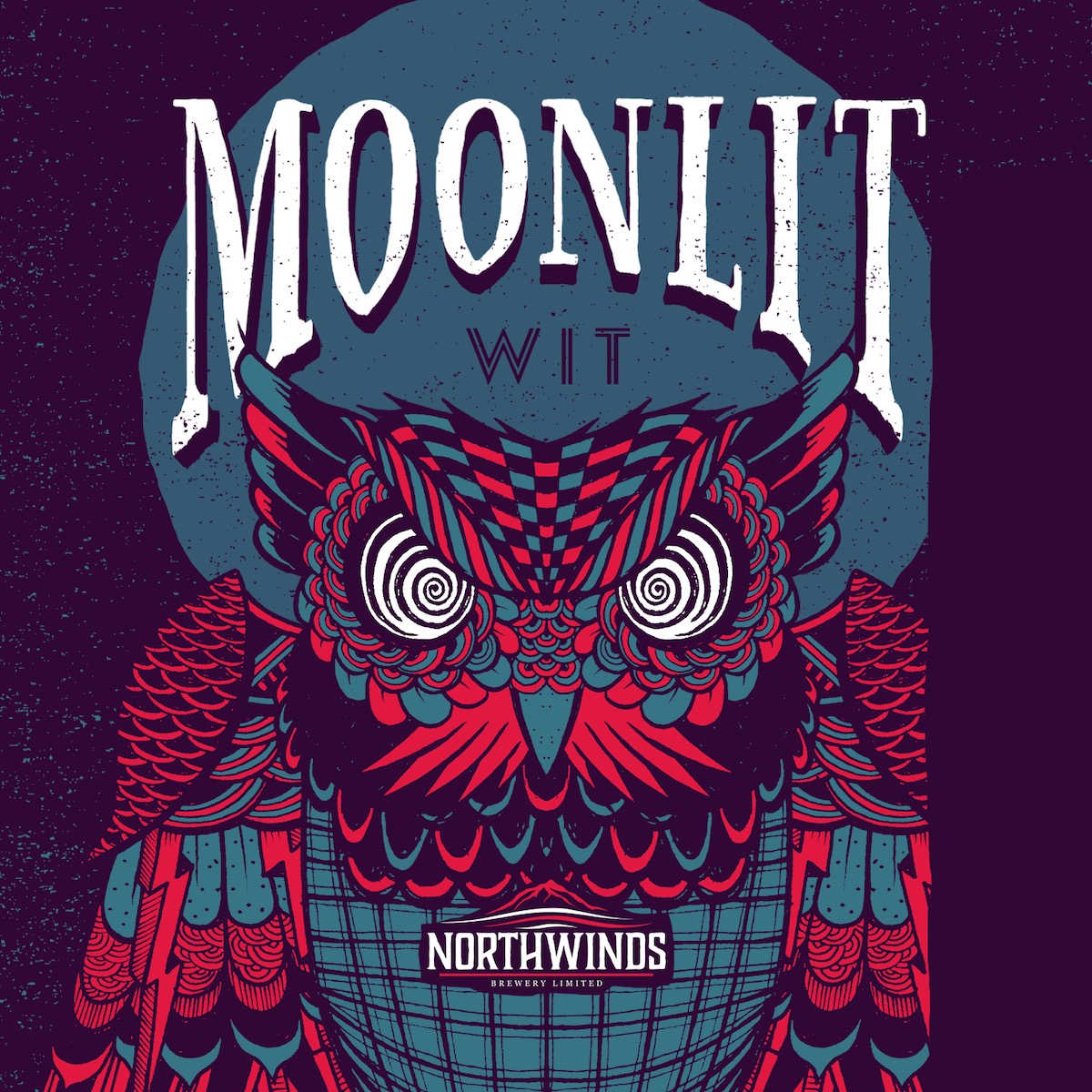 Traditionally beers brewed in Belgium and The Netherlands. Wit translates in to “white” referring to the suspended yeast and wheat proteins left in suspension throughout the beer. It’s derived from beers that used spices, herbs, and fruit to preserve the beer. This also incorporates a Saison character due to the use of a much dryer Belgian Saison style yeast fermented at a higher than average temperature and a more assertive bitterness. This hybrid Belgian ale is a little more special due to toasting fresh coriander in house to release a richer and rounder aroma mixed in with the bitter orange peel.

This is a cloudy straw coloured beer with a tight white head. The aroma has lovely notes of bright orange zest, clementines, and a spicy peppery note from the yeast and the toasted coriander. The flavours are full of that lemony wheat character, orange, lemon, with a nice bitter spicy backing. This is a very effervescent and dry beer that is very soft on the palate. 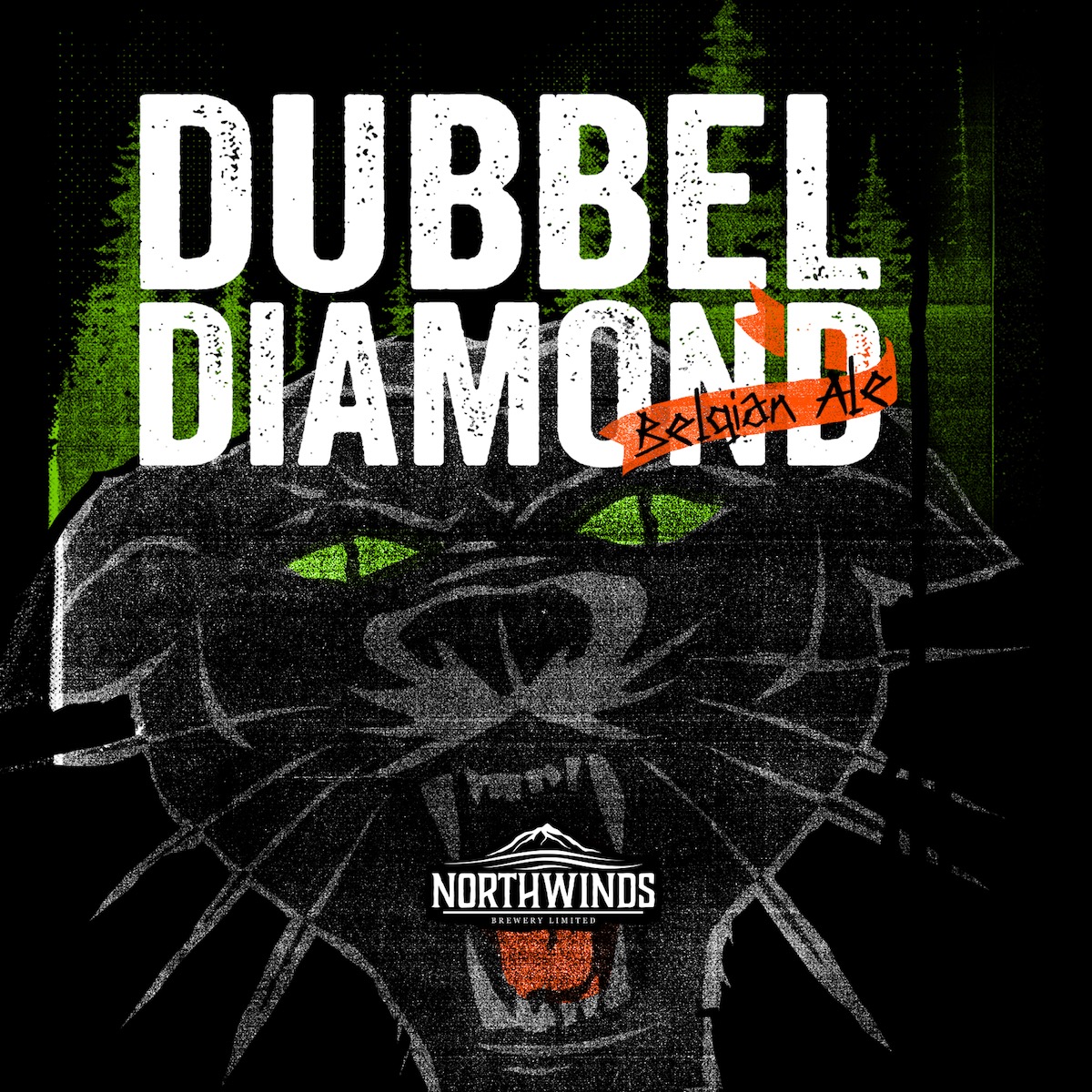 The Belgian “Dubbel” was actually just a description used for commercial purposes by Trappist breweries in Belgium. Once upon a time a dubbel or double from different breweries could vary from blonde to brown and have a wide array of bitterness and alcohol. Over time it seemed to be known that a dubbel would refer to a stronger amber to brown ale with a mild bitterness and a focus on caramel malts or candi rock sugar brewed with a Belgian Ale yeast strain.

A rusty copper with a rocky white head. The aromas are full of plums, raisins, light banana, melon, and spicy peppery notes from the yeast. The body is full with lots of complex flavours and nuances. There are hints of plum, dates, figs, some clove and spice. Complex but not complicated. A nice candy sweetness that finishes semi-dry. 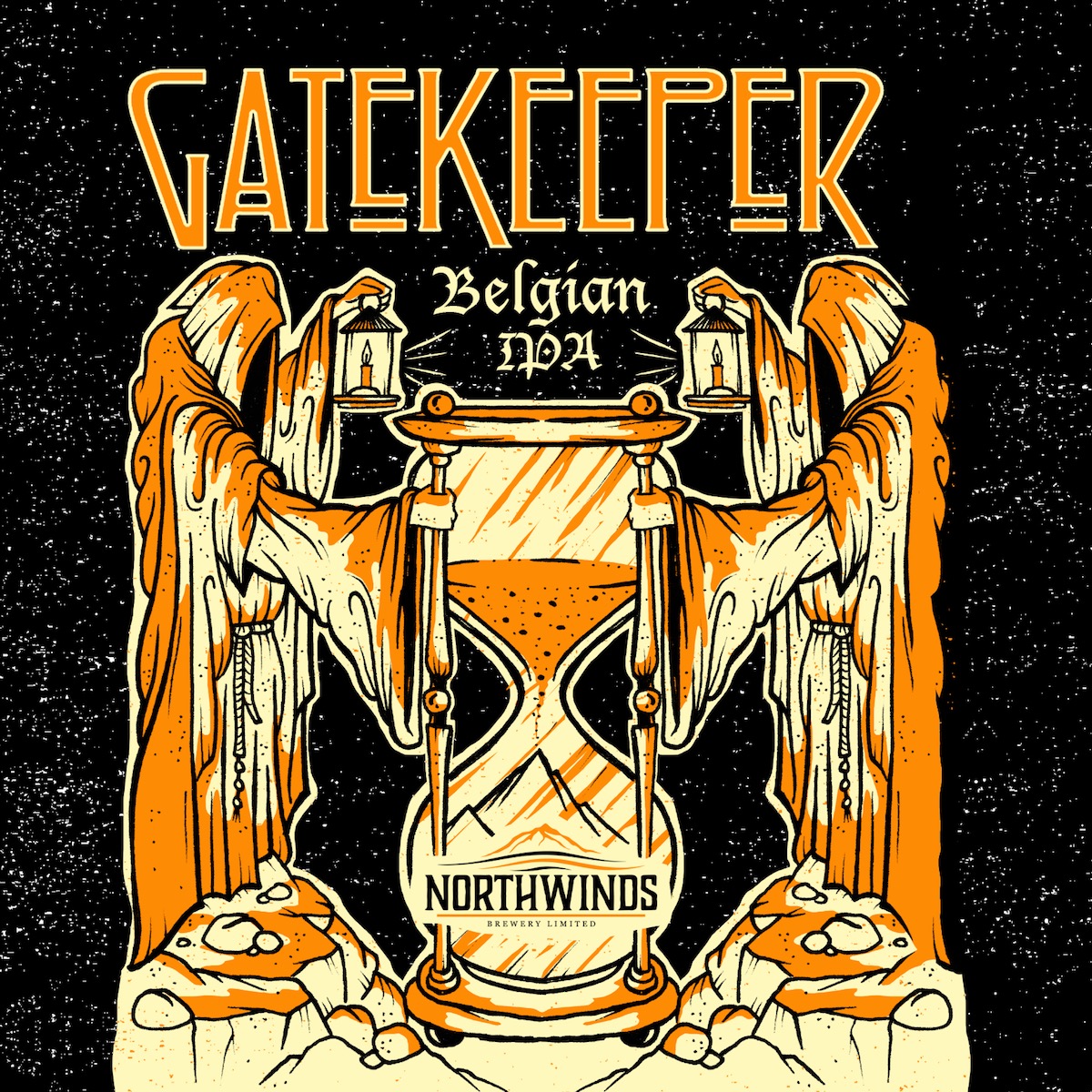 Belgian IPA’s are a relatively new creation in the brewing world grasping inspiration from American IPA’s and Double IPA’s while using a Belgian yeast strain. This is an American hop focused beer with esters from the yeast and balanced by the higher alcohol and the dry finish. The Gatekeeper must be respected. 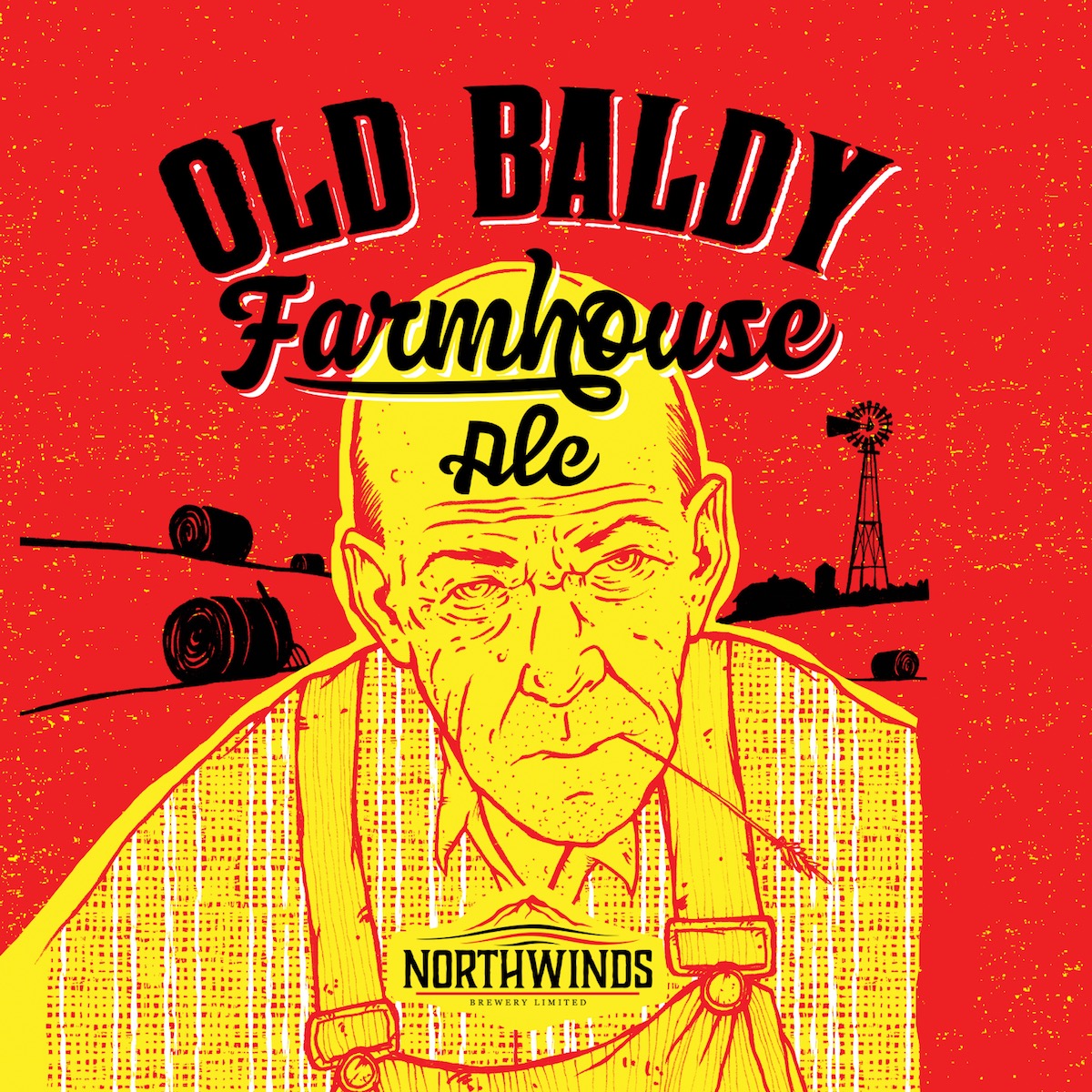 A new spin on a traditional ale. This type of ale was originally brewed for the farmhands as nourishment throughout the long working days of summer. Some farmers would be allotted up to five liters of beer per day. That being said, these beers were generally light in alcohol, but full of flavour. Hops were used as a preservative, which also created a nice pleasant bitterness and floral aroma.

This is an unfiltered beer with a hazy golden orange hue, boasting aromas of lemon zest, some lime and light hints of spicy rye. The body is light and effervescent which leaves this drinking easy. There is a nice sweetness from the hearty rye malt and caramelized wheat. The hop flavour is full of lemon and tangerine that finishes clean and very dry.